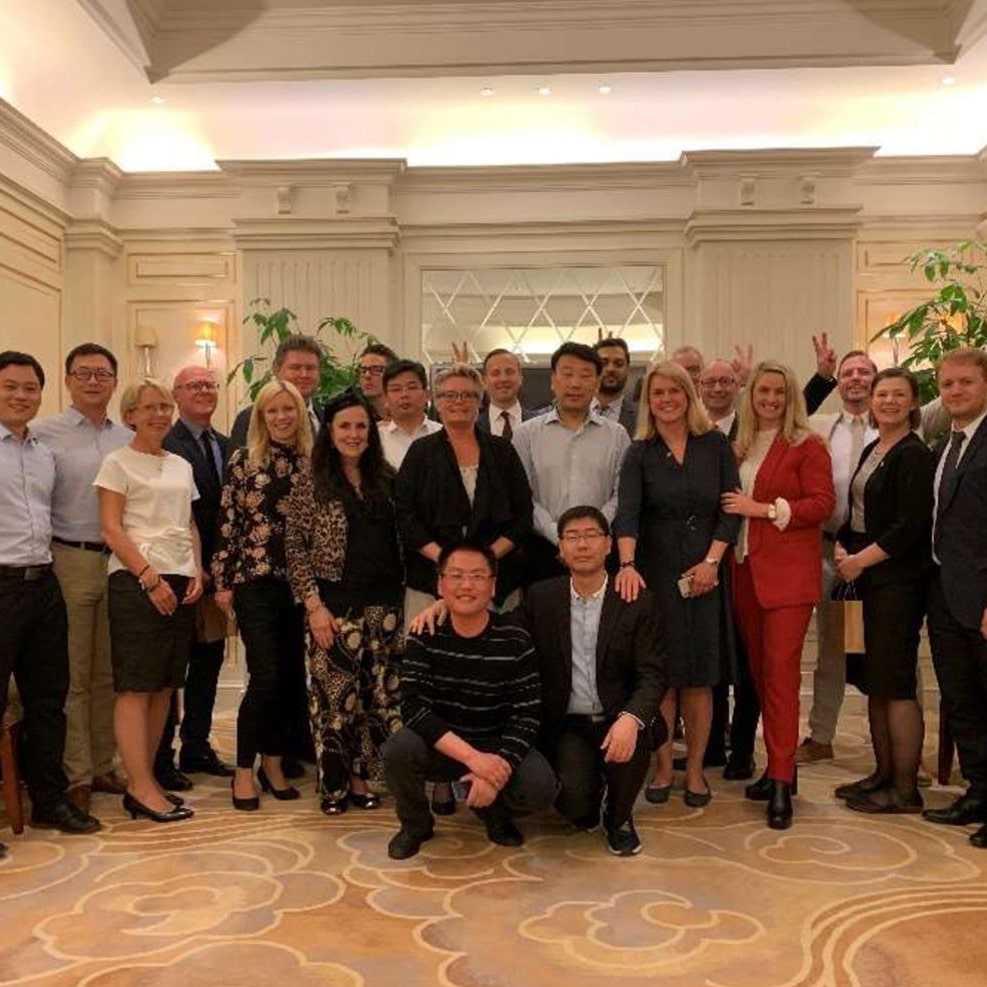 More than fifteen Swedish companies were in May in Shandong and Yanzhou and Shanghai, China. Food was the focus of both making contacts and selling and buying products. The companies have participated in a process to test imports, test their brand and so on.

In March, seminaries were held out for exports to China in four different cities in Sweden, including Borlänge. The training was part of the project SIAL 2019, which is funded by the Swedish Growth Agency. Much like last year, much of the work was done with consultant Per Lindén from Shanghai.

The trip to China to carry out the project was carried out for two weeks in May. At most, 42 people participated in the delegation from 11 regions in Sweden. The journey started in Shangdong Province with eleven companies from the food industry. There, the companies “pitched” their products to the participating Chinese companies to then conduct a “matchmaking” and a full 234 meetings were conducted over two days! The host organization organized several study visits to various Chinese food companies, including Alibaba’s logistics hub.

The delegation then proceeded to Shanghai where the companies were trained and conducted visits to an online company. A Swedish product week at a supermarket in Shanghai was inaugurated where the companies have their products for sale and tasting to the Chinese consumers for a short time. Subsequently, the food fair followed SIAL 2019 for three days where participating companies presented their products. Finally, the “Nordic Hub” was visited where Swedish food products are presented in a “showroom”. There was also a “matchmaking” between Swedish and Chinese companies, all in all, 285 meetings!

The focus of the Enterprise Europe Network is now to follow up meetings and contacts.

For two days you will explore the global sustainability goals together with other brilliant minds. The boot camp contains lectures, inspiration and workshops.

For two days you will explore the global sustainability goals together with other brilliant minds. The boot camp contains lectures, inspiration and workshops.