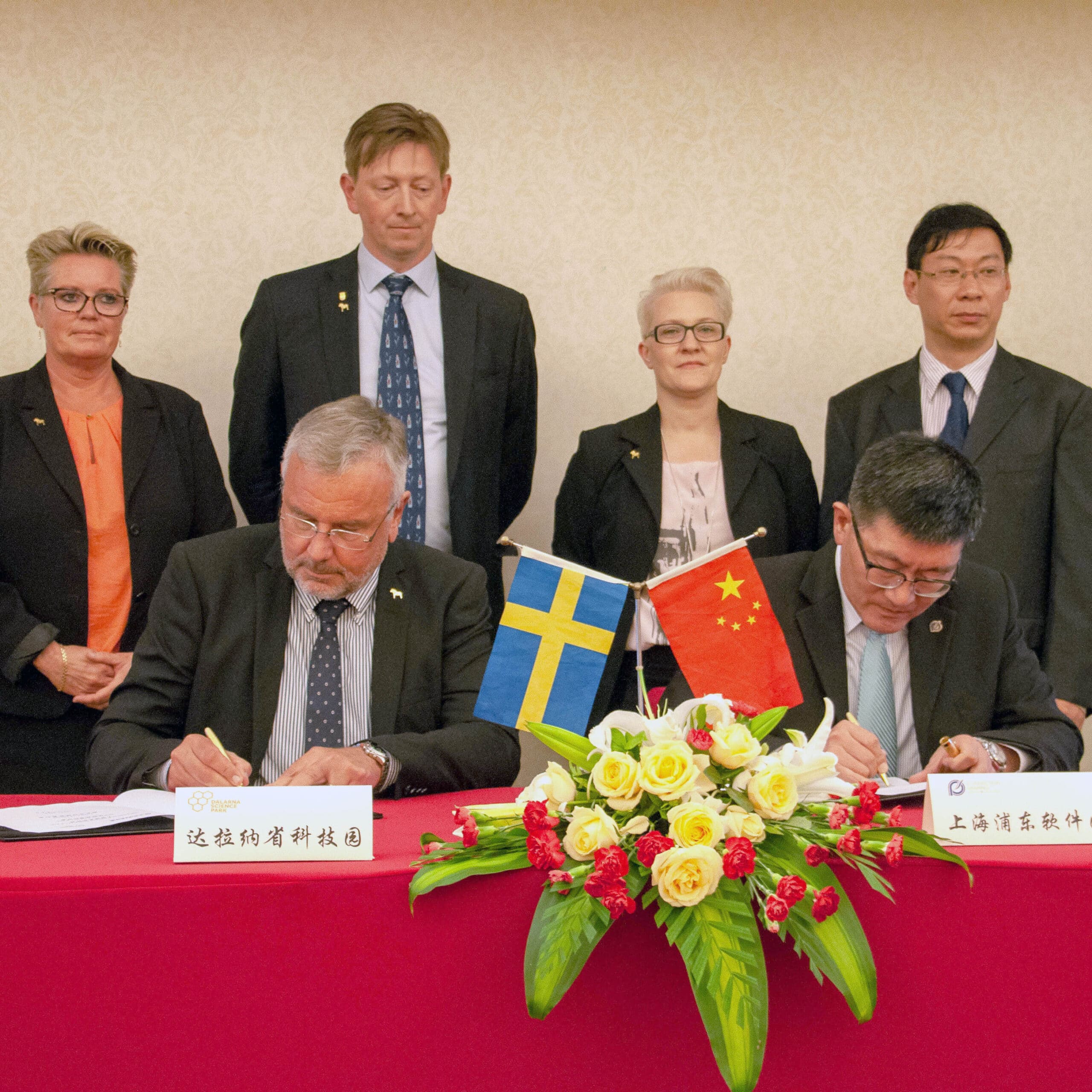 Dalarna Science Park has a cooperation and agreement with Shanghai Pudong Softwre Park in China for more than a year.

Sture Ericsson, CEO of Dalarna Science Park, with colleagues then met representatives of the park in Shanghai. Within Shanghai Pudong Software Park, 40,000 employees work in 1,500 companies, mainly focusing on the development of digital business models.

– It feels really good that Dalarna Science Park has an agreement with an important organization in China. The goal is for the collaboration to function as a bridge builder and door opener for business and industry. Already today there is an ongoing collaboration with the city of Wuhan in central China, but now we are developing cooperation with a science park in the coastal city of Shanghai. Everything to create business benefits for Dalarna’s companies, says Sture Ericsson.